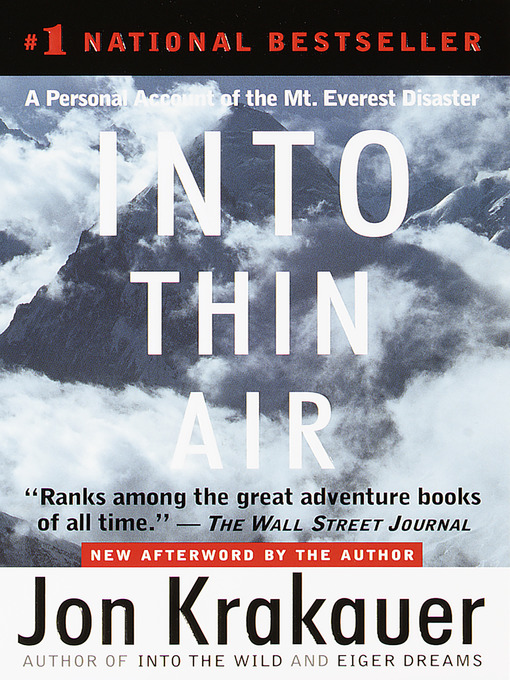 #1 NATIONAL BESTSELLER • The epic account of the storm on the summit of Mt. Everest that claimed five lives and left countless more—including Krakauer's—in guilt-ridden...

#1 NATIONAL BESTSELLER • The epic account of the storm on the summit of Mt. Everest that claimed five lives and left countless more—including Krakauer's—in guilt-ridden... 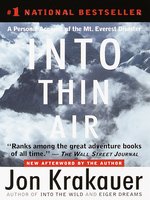 Into Thin Air
A Personal Account of the Mount Everest Disaster
Jon Krakauer
A portion of your purchase goes to support your digital library.